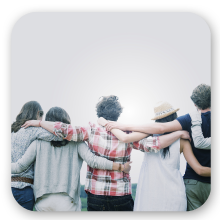 During a prayer time in 1978 a seed was planted for what has become Church of the Nations (COTN) - ministry hubs that would win, train and send people to places where the hurting would be healed, the captives freed and lives would be restored to live in the destiny God had purposed for them. These hubs were to serve other centres so that multiplication could take place. In 1979 it became clear that the vision was really the planting and establishing of local churches. In September 1979 a church Abundant Life Ministries, was established in England and the foundation of what was to become COTN was laid.

Church planting began and God joined hearts in covenant relationships around the world. Ten years later in 1989, an international conference was held in the UK and that which was operating under various names, came together under the name of Church of the Nations. Our second decade had begun.

As the journey continued into the second decade, it became a time of multiplication. COTN was watched over by an International Team served by a Presbytery of four men. Church planting was taking place and already established churches were also being added to the family. New nations were beginning to open to us. Towards the end of this decade the leadership realised that COTN had come of age and that to walk into our third decade, and a new millennium, structure needed to be put in place which would serve the growth of this stage of our life. In October 1999 the International Team met in London to accomplish this. While fine-tuning this in the months that followed, COTN began operating in this structure and where already enjoying the fruit of it. That which was decided is as follows:

The Vision, Heart and Structure.

The section "Our Heart" starting with "our vision and mission" outlines the vision, heart and structure of COTN or as it has become known to us over the years, the cause, community and corporation.